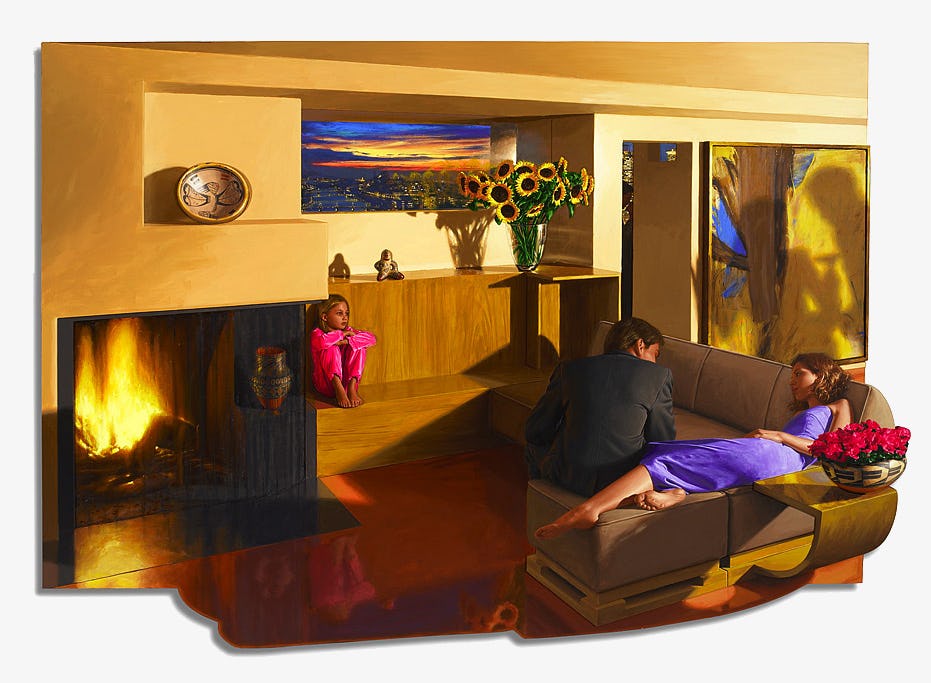 For me, what remains the most attractive aspect of the still life genre is its inherent felicity in the democratic presentation and juxtaposition of big things along with little things and big ideas with little ones. Moreover, it seems to be the perfect visual analogy for our personal, inner lives: the search for meaning in the details, for the universal in the individual and the magnificent in the modest.

PHIL RICHARDS was born in Toronto in 1951 and studied at the Ontario College of Art graduating in 1973.

Richards is one of Canada's most important portrait painters with commissions that include the official Diamond Jubilee Portrait of Her Majesty, Queen Elizabeth II for the Government of Canada, as well as the official portrait of many government leaders including provincial Premiers, Speakers and Lieutenant Governors. He has also been commissioned to paint portraits of numerous leaders in education (Presidents, Chancellors, Chairpersons and Principals) at universities such as Acadia, Dalhousie, Mount Allison, Toronto and Western Ontario in addition to various leaders in business including the CEOs and Presidents of Caldwell Group, London Life and Scotiabank. Other commissioned projects include large-scale murals for Cinedom Media Complex, Cologne, Germany; Cineplex, Toronto; Congress Centre, Ottawa and Eaton Centre, Toronto.

He has been represented exclusively by Mira Godard Gallery for almost 40 years.

Mira Godard Gallery's group exhibition, *20/20 Spirit Doubles* is a reflection of the artists' perspectives and influences - ten artists and their "spirit doubles". The concept of spirit doubles can be traced back to ancient Egypt and was present in many cultures and referenced in ancient legends, artworks and books. This exhibition features the work of Lindee Climo, Holly Farell, Tom Forrestall, Colin Fraser, David Milne, Phil Richards, Jeremy Smith, Takao Tanabe, Michael Thompson and Richard York. The exhibition catalogue, with essay by Dr. Eva Seidner, is available at Mira Godard Gallery.

"The Portrait,"
National Film Board

There is Currently No CV to View.

Please check back soon for updates.